Catch a Glimpse at Modern Esports with LOOT.BET’s Summary

LOOT.BET’s summary of 2019 highlights the progress made by esports and the tremendous potential of videogame betting in 2020. 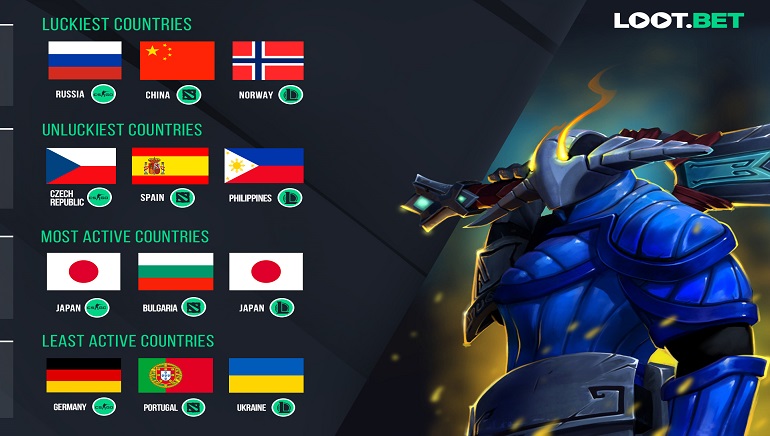 2019 was a fantastic year for Esports and its most relevant aspects can give us a glimpse at what 2020 could bring. LOOT.BET has been providing punters with betting opportunities throughout the year and its findings of betting markets, winners and losers, as well as trending Esports are intriguing. European and Asian nations top the list of enthusiastic punters, while League of Legends, CS:GO and Dota 2 are the most popular games.

Videogame enthusiasts now have the opportunity to bet on their favorite esports and many prefer to place single wagers on the games they are watching. Savvy punters, on the other hand, are keen on accumulators and the luckiest bettor of 2019 actually combined The International and StarLadder Berlin Major 2019 matches. These two tournaments have generated a lot of traction once they began, but also before the first match started, through antepost bets.

Bookmakers published the odds many weeks and sometimes months in advance of major tournaments, so one can bet on the outright winner. Exotic markets, however, have earned a special place in the hearts of savvy gamers and punters. Counter-Strike: Global Offensive is the most popular first-person shooter and punters have wagered extensively on “Total over/under rounds and maps”. Betting on the map total is also popular with multiplayer online battle arena games such as League of Legends and Dota 2.

Esports are Getting Truly International

Punters from all over the world have wagered extensively on foreign teams, with Na’Vi and FaZe Clan CS:GO rosters attracting many of the bets. Russian punters were great at Counter-Strike: Global Offensive in 2019, while Chinese punters perform the best in Dota 2. Norway had the highest win ratio in League of Legends bets, while the Philippines were at the opposite end of the spectrum.

The number of active bettors is also on the rise, with Japan leading the pack of CS:GO and League of Legends punters, while Bulgarian’s were particularly interested in Dota 2 wagering. The number of casual and experienced punters is on the rise, at the same rate as the number and prize pools of international tournaments. Highly anticipation events such as The International 2020 and League of Legends Worlds are once again expected to draw the largest crowds and award the biggest payouts.